"Land of Hope" - a mosaic of voices

Today I have the honor of introducing Junying Kirk to you.
She's been an author friend for a long time, and I've watched her write this book with joy and anticipation. Here's my review of her latest novel.

Every year, millions of illegal immigrants cross borders in search of wealth, happiness and a life of ease in the Land of Hope. Some succeed. Others suffer unimaginable hardships.

Pearl is the voice of broken dreams, translating raw, deranged, and colorful tales of those who cannot speak for themselves. As Pearl gets more and more tangled in the lives of strangers, Jack becomes a welcome diversion, complicated by the fact that both are married. Their trans-continental roller-coaster ride derails when Pearl tumbles into the sinister world of her clients, a world full of secrets, lies, and unspeakable violence - only this time, it's directed at her.

Can she depend on Jack? Find out in this third and final book of Junying Kirk's "Journey to the West" trilogy.


Land Of Hope - a review

Land Of Hope by author Junying Kirk was not at all what I expected.
What begins like a comfortable English TV crime show—much in the vein of Inspector Lewis or Midsomer Murders—soon spills over into a multi-layered tapestry of interwoven stories.
Kirk, like her female protagonist, Pearl, is of Chinese origin,and an interpreter of Mandarin. She  too, is married, lives  in England, and works with the police and the courts, which makes her insights into their workings authentic, and at times bleak. As if to counterbalance this, she weaves a love story into her novel, one that seems as surprising to the characters, as it is to the reader. Pearl and Gordon just aren’t meant for each other, and we feel it right away. While around them the many layers of the mystery—that begins with the fire at the fruit packaging plant— unfolds, Pearl and DI Gordon take time out for a break from the reality of their problematic marriages and dreary work days.
Kirk’s language in the chapters dealing with Pearl and Gordon and the investigation is brisk, sometimes even male in its directness, but her real strength shows in the chapters told from the Chinese immigrants’ point of view.
I’m not sure Kirk realizes her true potential lies here: even hardships in a Maoistic China sound lyrical, reminiscent of Pearl Buck, and are alluringly exotic to a European reader. The reason may be that she uses first-person narrative in these parts of the book, but there is also a fluent, comfortable flow to the language that is missing from the crime chapters.
Kirk is not afraid of using violence, and decribes these scenes in realistic detail.
Let me just say, her heroine Pearl is made of sterner stuff than most women.
Land Of Hope is a satisfying read, but since it’s the third in a trilogy, you may want to start with books one and two.

Junying Kirk is an author to watch, and I look forward to her giving us more insights into the culture of China in her future books. 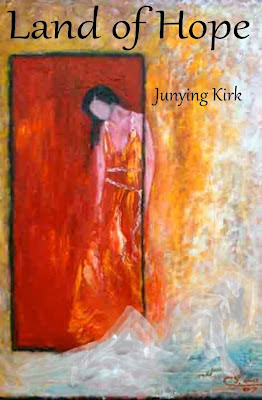 Author Bio: Junying Kirk grew up in the turbulent times of the Cultural Revolution. A British Council scholarship led her to study English Language Teaching at a top English University in 1988, followed by further postgraduate degrees at Glasgow and Leeds. She has worked as an academic, administrator, researcher, teacher, cultural consultant and professional interpreter. She loves reading and is the author of 'Journey to the West' trilogy, The Same MoonThe Same Moon,  Trials of Life and Land of Hope, and she blogs at http://www.junyingkirk.com. 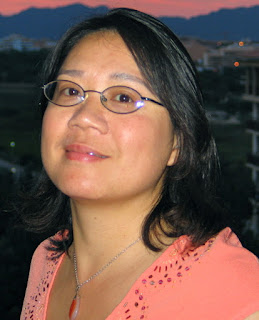 The blog hop goes on here: http://doreenmcgettigan.com Don't forget to check it out tomorrow!