Goodbye, Hello.
Posted by Mariam Kobras at 12:55 PM No comments: 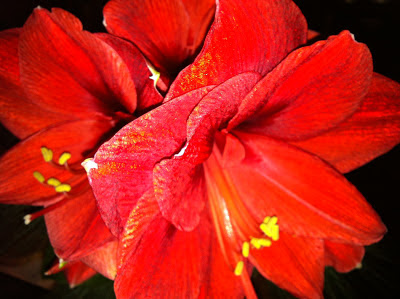 Here's another short snippet from "Distant Shore" that got deleted during the editing process. It's about today, St. Lucy Day, and it takes place in Halmar, at Naomi's apartment in her Seaside Hotel. Happy St. Lucy Day, y'all!

On St. Lucia’s day, she woke him early in the morning.
Solveigh and Andrea were with her, in long, white gowns, and Solveigh was wearing a crown of burning candles on her open hair, the flames gently flickering, casting golden highlights onto her locks.
They were singing, their voices blending beautifully, and serving him coffee and fresh saffron rolls on a tray decorated with more burning candles and green branches that smelled of forest and raisin.
Jon sat up in bed, confused and displaced, and stared at the fairy spectacle before him.
“It is really a Swedish custom,” Solveigh explained, “But we love it. We bring light and breakfast to the hotel guests, and we do it for you, as well. Welcome to our home, Wonder Boy.”
Wax was dripping into her hair, but she did not seem to mind.
There was a solemn quietness about the early hour and the three female figures walking through the room, lighting candles and transforming the apartment into an enchanted environment.
Time seemed to move slower during these weeks before Christmas, almost as if the people around him willed it so, savoring every minute of the dark time instead of wishing it over as fast as possible, making a feast of every day, celebrating every morning that brought them closer to the longest night. It fitted so well with the impression he had gained on Midsummer Night when they had feasted on the meadow until sunrise, then, too, marking the change of the seasons and making space in their lives to step out of the routine for hours of celebrating nothing else but the light and the summer and the balmy air.

Posted by Mariam Kobras at 12:15 PM No comments: 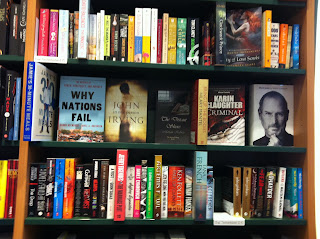 There's something really cool about being stupid.
If you're stupid about things, you can enjoy them as they are, see them through the eyes of an innocent, take them at face value.
Let's look at an example: the Lord of the Rings movies. Aren't they just like WOW when you see them for the first time? Aren't you amazed at how real everything looks, and how in the world did they make actors we all know be as small as Hobbits? The Moria mines, Lothlorien – it looks so REAL!
Didn't you watch with child-like amazement? I know I did. Until I watched the "Making Of".
Now I know how they made Gandalf seem so much larger than Bilbo, and how they create these fairy worlds against a blue backdrop. Those characters didn't really wander through a magical forest or sculpted caves. They were safe and dry in a studio, and computers did the rest.
So when I watch Lord of the Rings now, the wonder is gone, and I hate that. I hate that I watched those stupid documentaries and destroyed the illusion for myself. Those tricks and manipulations, I didn't need to know about them. But now that I do, I can't unthink them.

It's the same with books.
After having written three myself, after having gone through the editing and publishing process with two of them, the innocence of reading – and writing – is gone forever.
What I'm trying to say is, I can't pick up a book anymore and just enjoy it. The editing and critique devil never sleeps now, and it's a very ferocious master.

You introduce NINE characters in the first chapter of you novel? NUH HUH!!!
You TELL the entire back story on the first three pages of your book? PLEASE DON'T!
Your metaphors and comparisons are well-used phrases? BORING!
You use big words just to show your readers you know them? PLEASE!

It's a strange world. Reading has been ruined for me.
Of course, not all of it. But it's so much easier to separate bad writing from good, strained writing from the seemingly effortless ease of elegantly flowing words.
There's this one thing that I've been wondering about for a while now. Are writers incapable of seeing if their writing is good or not? Shouldn't they be able to see it?
Generally, if you've become a writer, you've also always been a reader. Can't a writer tell good stuff from the bad? And if you can see it in the books you read, why can't you see it in your own writing?