When you're in love, everyday is Lover's Day.

Sometimes people need a little incentive to express their love or to take a "leap," Valentine's Day is one such opportunity. Lover's Day is yet another chance at love. Some people get married on Lover's Day, others propose, or have a romantic dinner for two.

What do we do on Lover's Day? Because we love romance and readers, we want to giveyou a present for Lover's Day. In fact, we like you so much, one day isn't enough—we want to give you THREE DAYS of LOVE!

So, for the next three days, Tue 4/23 through Thur 4/25, we are giving away the bestselling kindle edition of The Distant Shore by award-winning author Mariam Kobras. 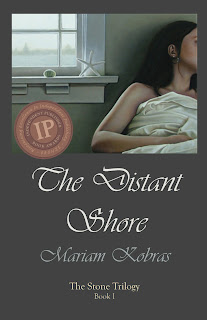 The Distant Shore is the first book in Mariam's Stone Trilogy, and here’s what her fans have to say:
~ Valerie Storey, 5 Stars, “Mariam Kobras has a real gift for description, and I loved the settings in particular; some of the passages read like poetry. Reading her book was the equivalent of taking a vacation—and to my mind that's the best kind of reading experience there is.”
~ Lauri Rottmayer, 5 stars, “Mariam Kobras has crafted a love story that you can really imagine. Her beautiful words create the images in your head drawing you into the story and the lives of the characters. I'm excited to read the next book!"
~Adele Adair, 5 stars, "Jon and Naomi's love story had me captivated and I was carried along on the roller coaster of their relationship. Her ability to set a scene transported me to Norway, New York and beyond. The journey she takes us on is not an easy one for her characters as they struggle to overcome years of separation and the differences in their lifestyles, hopes and dreams."
~Johanna Harness, 5 stars, "The set-up is straight-forward. Jonathan Stone, an aging rock star, still longs for the woman who walked out of his life years ago. His fan mail is usually screened, but this time his manager gives him a letter. "My mother's name is Naomi Carlsson," it begins. "We live in a small town in Norway called Halmar where she manages a hotel, the Seaside. She said you are my father." From there, the story tumbles out beautifully, structured with a sense of inevitability—and yet I still found myself surprised."
BUT WAIT, THERE'S MORE . . . 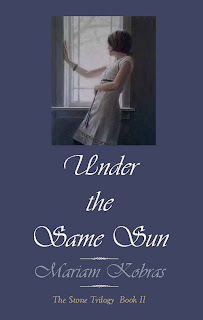 Both books are beautifully written, engaging stories, that will keep you turning the pages late into the night. Don't miss out on this LIMITED TIME OFFER! All good things have to come to an end so, even though we'll still love you on the 26th, this offer ends at midnight PDT on the 25th.

No kindle, NO PROBLEM, Amazon has an app for that. You can read these ebooks on your computer, smartphone, or tablet. Just click HERE and get reading!

Our prescription: Take two Kobras kindles with plenty of chocolate and unplug the phone!

Posted by Mariam Kobras at 1:42 PM No comments: 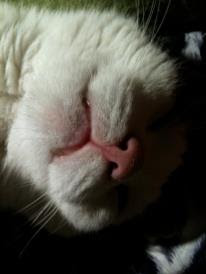 I'm cranky today.
I'm always cranky when I've finished writing a novel, when it's no longer mine but my publisher's.
It's because I feel useless. Unamused. Bored.
And that's the time when I dawdle around on Pinterest, and read posts and comments on Facebook that I'd normally ignore.

It blew my mind
To die for
A must-read!
Awesome!
Thought-provoking
Adorable!!!

I mean, REALLY? A poached egg on toast recipe BLEW YOUR MIND? Your mind must be a pretty wispy thing then. It's only an egg on bread, for crying out loud.
What are you going to say if an alien spaceship lands on Times Square? If you blow your mind on a squishy egg and a knitting pattern is to die for, what are you going to say when the really awesome stuff happens?

Another favorite is "a must-read". I can't even begin to wrap my mind around this.
I can see why the Bible is a "must-read" for anyone who wants to be a Christian. I can also see why, if you buy a new computer or DVD recorder, it might be a good thing to RTFM. But no novel in the whole wide world is a "must-read", and yes, that includes my own.

Awesome - a friend of mine, Charity, picked that one apart not so long ago. here's the gist of what she said:
"Cake isn't awesome. Shoes aren't awesome. The universe is awesome. I'm in AWE of the universe, but not of a frigging cake."
Good point, isn't it?

And so we come to thought-provoking.
Seriously? You need a pic of a baby with a smart caption to turn on your brain? You need one of those many psychedelic images on Facebook you make you think?
Dude, I have news. The real life is what's happening around you, not in your computer. Think about that, for a change.

Oh, and adorable?
I don't "adore" a kitten, or a smiling baby. I adore God. End of story.

Thank you for listening. I'll now go back to writing a book.


Posted by Mariam Kobras at 3:09 PM No comments: 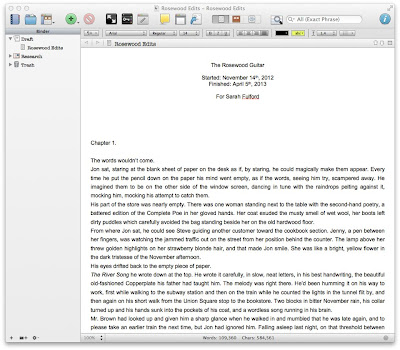 Yes, there is such a thing.
Yes, a writer can be bored. Says she, staring into the middle distance, while her brain is taking a hike.

There is no day as terrible as the day after submitting a novel. I have this habit of powering through the edits as if my life depends on it. It's a huge task, and I work day and night to get it done. I can't wait to get rid of the novel. Once the writing is finished, I want it edited, polished, and sent off within days.

I know; I'm crazy. I know, I should take a timeout after finishing the writing, hang out my brain to air, go downtown on a shopping trip, take a vacation.
Thing is, it doesn't work for me. I'm a bit OCD that way. A novel isn't finished until it's edited and submitted.
So that's what I did during the past five days: I edited.
I'm one of those authors who are slow writers, who edit as they write. I learned to do that after The Distant Shore, after I spent weeks editing it, and cutting it down from its original 400K words to a more professional 135K, which were then accepted by the publisher,

Submitting a novel is a moment that I love, and dread.
I love it, because it means I've written another book (duh. I know.)
I hate it because I have no idea what to do with myself once I press "send".
Because the moment I do that, the moment it's sent off, boredom sets in.

See, I lied to my publisher. I told them – and I said it with conviction, too – that I didn't need to write. That I could, in fact, stop anytime, and still enjoy my life.
That's the lie.
The manuscript of The Rosewood Guitar left the house last night, just before midnight. Now it's noon, the following day, and already I'm bored.
I could clean the kitchen cupboards. Lord knows they need it. Or I could iron my hubby's shirts. Only he's so used to wearing them unironed by now, he'd probably faint.
I could… oh, I don't know. I could learn a new language, experiment with baking (not a good idea; trust me), or I could start knitting baby clothes for a future grandchild who is still only an idea in God's mind.

Or I could start writing a new novel, and prove my publisher right.
They told me that I wouldn't be able to be without writing, and they didn't even laugh, saying it.
I could pretend it's not really a novel, but just some writerly experiment, like, you know, I'm trying to see if I could write science fiction.
In fact, I don't even have to tell them that I'm starting a new project at all. Instead, I could just say that I'm doing nothing, and that I'm bored.
I have a feeling they'd see through me, but who cares.
They'd probably also tell me to start working on the blog posts for the blog hop this summer, when we release my third book: 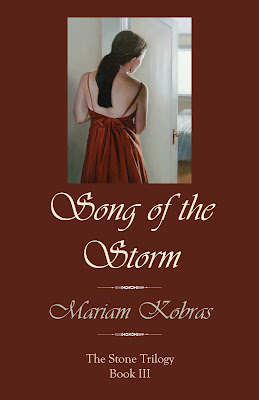 But it's not the same. Blog posts are not novels.
Writing blog posts is a chore, writing a novel is a way of life. My way of life.
Which means there's really only one thing to do.

Let me open Scrivener. Let me set up a file, and create a folder with a new title. Someone make coffee please, and turn on the heating in my study.
I'll see you in three months.