A great honor, and a great pleasure: my guest blogger today is no one other than the one and only David Lowry, President of Lowry Agency!!

Books, Wine and Music – Club Fantasci brings you your three favorite things (Guest Blog by David Lowry)
If you love to read, think you are a wine connoisseur or love music then Club Fantasci is the new book club for you. A break from the traditional book club as it is held by a Google+ hangout, Club Fantasci endeavors to bring you something new to your reading experience. With live discussion, a sense of humor and also a critical look at books and all things necessary to help a book break through the masses, Club Fantasci will break down everything from its literary merits to its marketing.
Our first meeting will be on August 31st at 7:00pm CST on Google+ with the live feed available to watch on the Club Fantasci website. To participate and share your views or just have fun with the hosts you can interact with us on our twitters pages @lowryagency, @ciaraballintyne, @dionnelister and @shannonmillion.
Here is a bit more about Club Fantasci:
Club Fantasci is a book club taking the stigma out of speculative fiction. We want to expose you to the full gamut of the speculative fiction genre, including science fiction, hard SF, militaristic SF, high/epic fantasy, dark fantasy, dystopian, cyberpunk, steampunk, space opera, paranormal, urban fantasy, SFF romance and erotica, and everything in between.
We want to educate readers on good writing in speculative fiction, entertain with witty banter, and above all have a fantastic time. Fiction need not be literary to be well-written, and good writing need not be boring or mundane! We promise you we’ll do our best to bring you a good book every month, and if not, we’ll tell you why it’s not! For a bit of light fun, we’ll also be featuring a wine of the month and picking a song that best fits the book. So bring your book, keep that wineglass topped up, and don’t forget your i-pod!
Your hosts are David Lowry, Dionne Lister (author of Shadows of the Realm), entertainment personality and model Shannon Million, and Ciara Ballintyne – your resident fantasy writer/lawyer extraordinaire combo!
Club Fantasci is also featuring a ‘Wine of the Month’ – August’s pick is a 2011 ‘Suited Muscat’ from Sort This Out Cellars Winery in Solvang, CA. Club members are entitled to a discount – check out the club website for more information.
You can learn more about us by:
Joining our group on Goodreads
Liking our Page on Facebook
Checking out our Website
Posted by Mariam Kobras at 7:03 PM 1 comment: 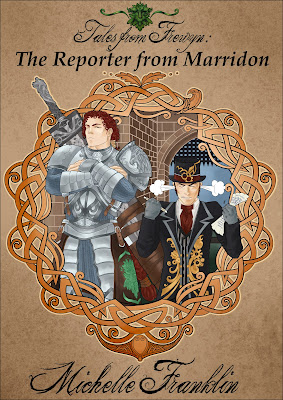 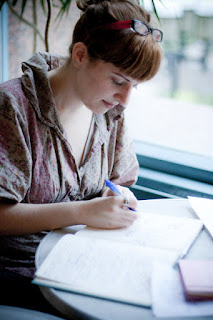 This story was originally published on amwriting.org 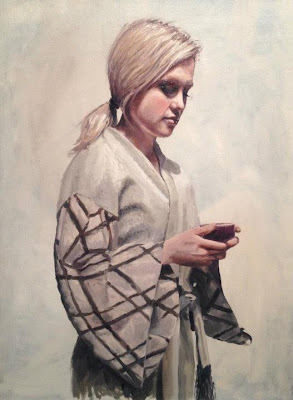 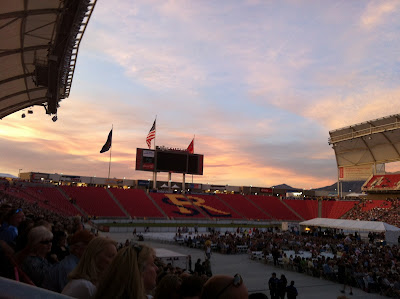 Rio Tinto Stadium, July 28th, 8.30 pm: HE takes to the stage.
His band has started off with the intro to Soolaimon, and I'm very happy about that because it's spectacular and brings the audience to their feet right away, never mind the really, really rotten sound in that open air venue. In fact the sound quality is SO rotten that it makes me cringe. These guys are normally so much better at this.

Anyway. This is not supposed to be a concert review. Everyone knows I'm a big Neil Diamond fan, have been for forty years. I like the music, I love the band, and I adore the Vocalist - and I know well I'm not the only one. But it took me all this time and a long trip to see him live in Salt Lake City to realize that there's actually a lot to learn from Neil.
It's actually quite obvious, and very easy. 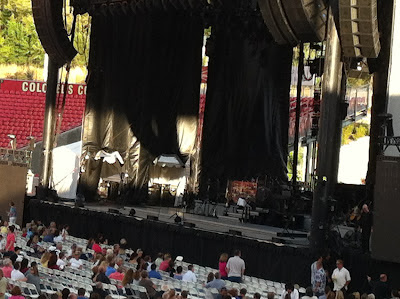 If you found out what works for you, do it. Don't be deterred by what others say: if you feel good with what you're doing, do it. Neil Diamond did it, and it worked for him. He's an icon now.
This is a valuable lesson for anyone who wants to be a writer, you see, and the basic message here is: follow your instincts. There is only one YOU, and if you figure out how to use this in your writing, you will have your own voice, which is more valuable than anything else in writing. You can learn only so much from textbooks, classes, conferences or whatever. In the end, it always boils down to this: be yourself. In music, in life, in writing.
Neil Diamond is distinctly himself. Everyone recognizes his songs. They are unique. Sometimes a bit on the cheesy side, sometimes too melodramatic, but always clearly his. This is good!

Lesson No. 2: Be confident.

Believe in what you do!
If you don't believe in your own work, who else will? If YOU don't think it's worth the effort and the time, who will? Let those others smile and scoff, but don't stop believing in yourself. Ever. 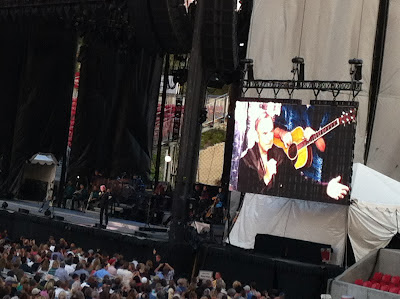 Because you never know which novel will be your breakthrough, and you learn with every sentence you write.
Just, you know, never give up if you really believe you have something worth writing. But that's something you have to figure out by yourself.

Lesson No. 4: Reinvent yourself.

Who says you have to be the same old self all the time? Wear them sparkly shirts when you think you have to, and when you think you need to tone down, wear a black business suit. Go on, surprise your audience! But whatever you decide to wear, always be dressed well and perform at your very best. And if the sound system fails, make sure you keep the show going without it. 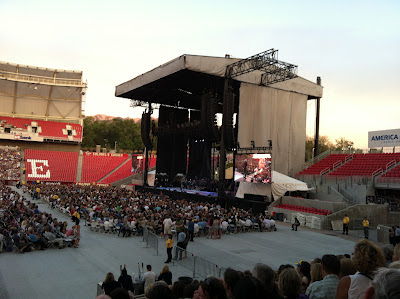 Seriously: Stay humble. If you make it, then you made it because your audience and readers have helped you there. They are your friends. They love your work, and they probably admire you for your achievements. But: stay humble. Others work very hard too and maybe never make it, and the only difference between you and them is that one spark of luck or serendipity that gave you a head start. In the music business or in publishing hard work alone will get you nowhere. You need that golden moment of sheer, outrageous luck.

It doesn't. That is all. Just look at Neil: Seventy-one, and he still puts on a two-hour, no intermission, and he's the sole performer. No warm-up band, no guests, nothing. Just Neil, and his band of nearly half a century. If he can do it, so can we.

And now let's go out into the world and rock it with our writing the way he rocks it with the music!

Oh, btw: I'm in purple sparkles today, and off to write my novel No. 4. My publisher is waiting for it! 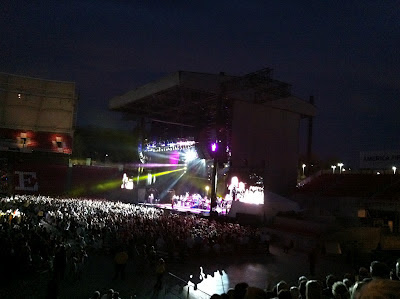