Author For A Year 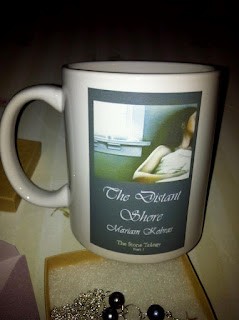 Today, I'm going to make a list.
A list of the things that have changed, and of those that have not, in the year since I signed my first book deal with Buddhapuss Ink and turned from writer to author.
I'm not good at "meta-writing". At analyzing the why and wherefore of writing, and sharing it. I get impatient with people who ask "how do you do it?" because I have no idea, and no intention of figuring it out.
Thing is, I just do. I open the writing file every morning, imagine what my characters may be up to, and drift into the writing without thinking too much about it, and after a few months the story is told, and - end of story. That's really pretty much it. Really. Honestly.
On the way toward the end courage fails me sometimes, but then I'm lucky, and I have friends who read along as I write, and they understand my stories better than I do, and tell me, yes, everything is fine, just go on, more, more, we're waiting! And so... I go back and write more.
Until it's done and the publisher rips the new novel from my hands, eager, waiting.
They've done it twice now, and they keep asking for book number 3. Gluttons. All of them.


So... that's basically it.
And since we're at it, and I know many want to hear how someone else managed to write book and land a deal, here's my only advice for you: write. If you think you have a story in you, write. Don't think about publishing it, don't worry about agents and royalties, just write the damn thing already.
End of story.


But we were talking about things that change - or not - once you have that elusive deal, right?


Things that DO NOT change:


2. Even though YOU know you just won the lottery, the general public won't. They have no idea how incredibly lucky you were, to get to sign a book contract. There are a million talented writers out there, but YOU caught someone's attention. Don't wonder why. Sign. Be happy. And ignore the puzzled stares of strangers when you dance down the street. They don't know.


3. You still have to clean the bathroom and feed the kids.


Things that DO change:


1. You are instantly rich and famous. I don't mean money-rich, but rich in a way you never thought you'd be. Let me spell VALIDATION for you. All those stolen hours, all the guilt? REDEEMED! In a moment, the one moment when you put your name on that dotted line of the contract, you are a free person, an author, someone with the License To Write. Awesome.
You can hand out your brand-new business cards and say, "I'm an author. Yes, I write books." And then watch the expression in people's faces change, take on that slightly suspicious look as they ask themselves, "Do I know her?" Ha!


3. All of a sudden, the guilty hobby isn't a hobby anymore. There are real people out there who think they can make real money with you, and they don't have time for foolishness. You have a job now, and you better do it, and do it well. And... fast.


4. If you get really lucky (like me!) someone else will clean the bathroom from now on. And get takeout lunch from time to time. Just because they are proud of you. Because you are an author. Because you did something many dream of doing, and never do.


See? I wrote a blog post about being an author. Hope my publisher sees this, too. Hope they see that YES I AM BLOGGING and getting in the swing for the next blog hop, coming up in September, for my new book, "Under The Same Sun". 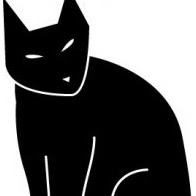 You know how it is... when the Cat isn't around, the mice dance on the table.
Naked. With abandon. Loud music, drinks and spicy snacks. Congas and whistles.
There may be a furtive glance or so to check if the Boss is coming back early, but the party goes on.


Yeah, so my publisher is taking a break, and I could be one of the mice. I could pretend I'm not an author, don't have deadlines, don't have to promote "Distant Shore", just... do what I want. For a few days.
Seriously.
I bought knitting yarn. And a DVD set of "Criminal Minds".
I fluffed up my couch cushions, made a lot of coffee, and settled down for a couple of comfy days.
Sounds good, eh?


Only... instead of picking up the needles and the yarn I opened the MacBook - first mistake.
Then I checked my emails - second mistake. I had a look at Facebook - bloody stupid mistake.


Isn't it amazing how much you can come to rely on seeing someone every day, talking to them, working with them? How much a part of your life they have become, and how much you WANT them to be there?


Instead of lazing around I opened the book file and stared at the last chapter I'd written.
Made some corrections. Added a few lines. Deleted a couple of sentences.
Typed, "Chapter 17". Idly. As if it meant nothing. Wiped the computer screen with my sleeve.
Wrote a first sentence for that chapter, which went:

The plates were huge, the arrangements fanciful, but the portions so small, they made Naomi want to weep.
And since that sentence seemed to sit well, I went on with:
Dolefully she stared at the minuscule steak and the three tiny potatoes before her, and wished she had not wanted to see the place where the New York publishing world hung out for lunch.
The drinks, she had noticed, were not small. And they were carried past their table often, actually more often than food.
That sounded good enough, and about 3500 words later the chapter was finished.
As always, I sent it off to the publisher, knowing well no one would read it this weekend. And yet, it seemed like the right thing to do.
And since the writing was flowing I went to get some more coffee and then typed:
"Chapter 18"
Made that one begin with,
Olaf had sent people from the hotel to do the Christmas decorations, saying that she probably didn’t have anything at hand, and he knew how much she loved to have everything perfect and up in time.
Worked, too, and I had another 3K words down before the weekend was over.
Then Johanna Harness reminded me that I was scheduled for a guest blog on #amwriting for today.
Oh, Ok. Forget about that one.
Write about the Blog Hop, she said, and my insides drew together like quince juice on an unsuspecting tongue.
But I did that, too. In fact, it was easier than I thought, and the Blog Hop not as terrible as I like to pretend.
So... after having spent the entire weekend writing (like a good little mousie!) I called my publisher today. It was good to hear her voice, good to laugh and chat.
And it was even better to be able to say  – quite  coolly – oh, I'm fine. Nothing new here. Just the same old stuff. Writing. Promoting "Distant Shore". Blogging. Nah, I was fine without you. Yeah. Talk tomorrow! Take care. Bye Bye. Love you.
So... who wants some nekkie dancing on tables now? I'm free to do some partying!