A couple of weeks ago, my dear friend Jaqui asked me a few questions about myself, and I was intrigued, because she didn't want to know about the AUTHOR but the PERSON Mariam.
It felt different, and actually quite liberating, to answer these. And I'm glad to tell her everything she wants to know! 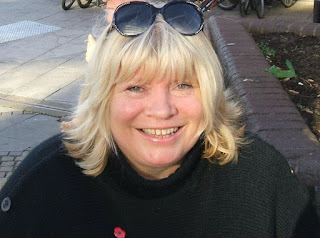 Right then - here are my very random questions!!!  I hope you think they're okay.  I seem to have asked one or more questions in some of them!!!  But I literally wrote whatever popped in my head.
Posted by Mariam Kobras at 7:56 PM 4 comments:

The Dolphin Of My Heart's Desire.

I talked to a friend yesterday. We were best buddies in high school, during grades eight to ten. We did everything together, all the time. There wasn’t one weekend when we didn’t sleep over at each other’s houses, not one day when we didn’t spend hours on the phone after school, no lunch break we didn’t hang out together.
We had the same hobbies, shared the same passions…well, almost.
Carol always loved horses and dogs, and I’m scared of horses (they are so HUGE!) and I’m more of a cat person.
She preferred rock music, while I was (in the early 70s) more of a Neil Diamond, Albert Hammond and Simon & Garfunkel girl, with some Joan Baez and Janis Ian thrown in. There may or may not have been a Barbra Streisand album or two thrown in.
I remember learning some English words from Neil Diamond that were definitely not in my text books, like “transcend” and “overhear”. It must have been around that time when I decided I wanted to know every English word there was.
Carol and I wrote stories.
Like most teenage girls, we had our secret loves, TV stars, pop stars, and we made up stories about them. Well, Carol made up the stories. I designed the “covers” and came up with the titles. And I watched her write.
I helped her make up the plots, and I did write a bit myself, but generally I was too lazy.
I didn’t see myself as a writer. Carol was the writer. She was the one soaring in her imagination. She was the one who brought wonderful sentences to paper.
Her novels had a plot, they had a beginning, a middle, and an ending, there were characters in them that seemed alive and real. Normal, living people, while the heroes I made up were always some kind of celebrities, famous, rich, and carefree.
You see, there was enough dreariness in my real life to want to keep it out of my dream world. I wanted to escape to nicer, happier places, like California with its eternal sunshine. The music business, creativity, those were my subjects, while Carol wrote about a family living on a ranch, with horses and dogs.
My people had to struggle with their creativity, with their loves, but never with money, and certainly not with animals. They didn’t even have time for a potted plant, let alone a pet, they were that busy creating and loving.
I lost Carol when we were in 11th grade.
She drifted off into the drug scene, and I went to Canada for the summer. When I got back, she was in a clinic, and I changed schools.
We met once more, about ten years later. I was married by then, my first son in pre-school. My husband and I stopped for a brief visit with her.
She was married too, had three babies, and was living in an apartment overlooking a factory yard, as far away from that ranch and the horses as you can imagine.
We never reconnected after that, until yesterday. She had found me on Facebook.
I called her on the phone, and we talked.
She told me she is a widow now, her husband died of a brain tumor six years ago. There were four kids, she had to raise them on her own, and it wasn’t easy.
The family lives out in the country, in an old farm house, with horses and dogs and cats. Carol doesn’t have a lot of money, but, she told me, she’s happy.
When she asked me about my life, I told her about my just published book, about the new contract I’ve just signed with Buddhapuss Ink, about last year’s book tour, and the one coming up next year.
“I’ll be going to New Yoek,” I told her, “And Salt Lake City."
There was a long pause.
“Wow,” Carol said, “I’ve never left my home town. We went on vacation once, but that’s it. I’m still here.”
She could hardly believe my life. She could hardly believe it when I told her I was a published author now, and my book was selling and getting good reviews.
“You lived our dream,” she said, “You’re going to all those places we were dreaming about, you are a published author! How did you do it? Where did you get the spark?"
The spark?
There was no spark. There was only a lingering dream, a constant, soft pull I had ignored for most of my life.
It almost felt like the dolphin of my heart’s desire playing in the ocean of my life, sometimes breaking through the surface, but never long enough to make much of an impact.
I don’t know what changed.
All I know is that, on a gloomy day in November of 2008, I woke up and knew the time had come. Suddenly, with every fiber of my soul, I knew I had to write that book.
My hubby bought me a laptop, and I sank into The Distant Shore, forgetting everything else. Often enough, there was no lunch for the family, and no ironed shirts for my husband.
I was too busy writing.
And I didn’t stop until the book was finished. I had left the surface, and I was dancing with the dolphin. The moment I put that first sentence on paper was like jumping from a cliff into that ocean where the dolphins were waiting, and I was free.
I’m still down there, frolicking in the freedom of the sun-dappled water.
And I’m never coming back.
.
Posted by Mariam Kobras at 1:34 PM No comments:

To my utter surprise and delight, my friend Jackie nominated my little blog for this award.
Jackie is an outstanding poet. Her verses are among my favorites, and I'm honored to be her friend. Visit her blog here: http://1emeraldcity.wordpress.com/
The Liebster Blog Award originated in Germany.  Liebster means “favorite” or “dearest.”  The recipient of this award agrees to the following:
1.  Show your gratitude to the blogger who gave you the award by linking back to them.
2.  Reveal your top 5 picks for the award, and let them know.
3.  Post the award on your blog.
4.  Bask in the love from the most supportive people in the blogsphere.
5.  And last, have fun and spread the karma!
The following are my five selections in no particular order:
http://buddhapussink.blogspot.com/  - my publisher, and dearest friend
http://www.junyingkirk.com/  - author friend Junying Kirk, a wonderful writer and kindred spirit
http://pompomrouge.wordpress.com/ - crafter, quilter, knitter Kirsten Duncan. I can't say enough  in how many ways I adore her art
http://www.fayerapoportdespres.com/ - Faye Rapoport Despres. One of the really great Ones. Enough said.
http://thepioneerwoman.com/ -  Ree Drummond. Seriously.

and as number six I'm adding http://www.johannaharness.com/ - because nothing goes without her.
Posted by Mariam Kobras at 12:37 PM 6 comments:

NeelaVanam - a review of "The Distant Shore"

Today I got this mail from my poet friend @NeelaVanam on twitter.
I had asked her to read and – if she felt like it – please review "Distant Shore". This is what she wrote. (And YES my heart stood still!)
Thank you so much!
Dear Mariam
What a lovely book you have written. My time was well spent reading it.
What I say will not in any way be new, but I need to tell you that you have a style of writing that is so lyrical and captivating.
Thank you for sending me a copy to read. I anticipate the arrival of the second and third book in the trilogy.
I thought my review should be in a poetical style matching yours. :) 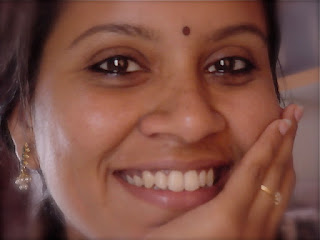 A poetical review of "The Distant Shore"
Here is a love story ~ first of the trilogy ~ well crafted and spellbinding ~ "The Distant Shore."
The popular and rich rock star ~ Jon ~ who is pining and longing.
The richer and humble ~ Naomi ~ strong willed and adoring.
Joshua ~ the strength and reason ~ for their bonding.
Friends ~ parents ~ lovers and dear siblings.
The story begins as a brook ~ twists and turns ~ whirls and meanders
and as you raft along ~ delves into a deep river.
The pain and resentment ~ their piled up love ~ flow in a lyrical fever.
Like a magic carpet ~ from Malibu to Halmar ~
London to New york~ Mariam's pen~ takes you everywhere.
The last few pages~ will glue you to the couch~ with bitten nails!
You will waste a day for sure wondering ~ Why did this end~ what will happen next?
I have a few stars from the sky~ to give you~ they are five in number.
For the second book~ with bated breath~ we shall wait~ Mariam dear! 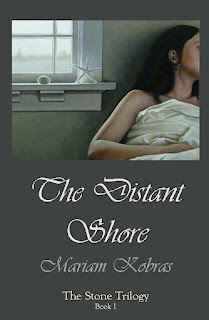