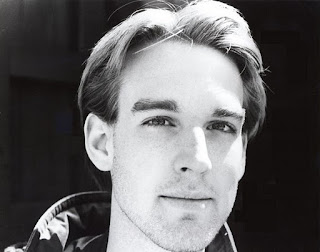 Today's guest post is by crime author Sam Hilliard. His book, "The Last Track", is one of the very few crime novels I've ever finished. He's pretty cute, and very funny.
He also a fellow author at Buddhapuss Ink.
Some day in the future, we may yet write a book together. Because I think we are friends.
There is one question that people almost never ask writers, which is fortunate, since it’s the very question writers most want to avoid—especially in a public forum. It’s safe to ask them about the writing process, or the inspiration for their main character.  Or possibly how long it took to write the book. If the writer is in a good mood, an entertaining (and often winding) story might follow.
Yet lob this bomb during a writing panel discussion, a setting where a writer is flanked by peers, and it will elicit a very different response: an awkward sort of reaction, like when a groom realizes that the bride is not terribly late for the walk down the aisle, rather, she’s not coming to the wedding.
Which brings me to the taboo query: can two writers really be friends?
And by friends, I don’t mean in a Facebook or Twitter kind of way, where every acquaintance, no matter how incidental, constitutes a “friend.” Can two individuals, who both consider themselves writers, maintain a healthy friendship? Or at least be the sort of people who could sit next to each other on a grounded plane for more than twenty minutes?
The answer hinges on how an individual author views the actual business of writing, which has very little to do with the craft. At the risk of oversimplifying the argument, I submit that there are two basic viewpoints, and generally authors adhere to one or the other, albeit not too vocally.
If a writer sees publishing as a zero-sum game, and any bit of success someone else attains detracts from their personal luster, then they cannot be friends with another writer. They probably can’t be very good friends with anyone, but they certainly can’t be friends with a peer. Sooner or later, one of them will be more successful than the other, and the flames of resentment will ignite. One clue you are dealing with a zero-summer, these sorts of authors will not write blurbs for your first novel (or probably anyone else’s who isn’t at least as famous as them).
But if both writers see the business of publishing as a limitless blue ocean, a sea of opportunity with as many possibilities for either of them as well as anyone else, well, there’s a chance they can be good friends. These are the people who look forward to reading what their friend is working on, and cheer each other on from the sidelines. Where appropriate, they might offer constructive advice and support.
They might even write a book together.
Find Sam here: http://www.samhilliard.com/wordpress/
http://buddhapussink.blogspot.com/p/sam-hilliard.html
Posted by Mariam Kobras at 12:22 PM 2 comments: 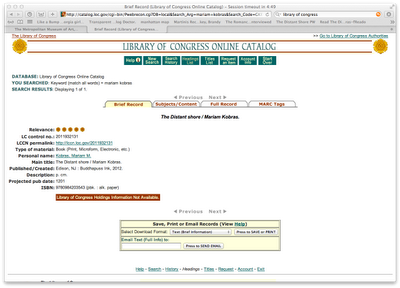 While Macy’s Thanksgiving Parade is floating through New York City, my friends on twitter are cheering each other and me with eggnog and pumpkin pie, while the first Christmas trees are being set up and everyone is in a festive mood, I just received a couple of tweets saying this:
“Would like to read your book. 17$? Will they be lowering the price anytime soon so we mortals can afford it?”
And, I have to admit, I snapped.
Let’s see.
You’re willing to spend money on a TV, on a computer, on a skateboard or a car. You’re even willing to spend money to go to the movies or a concert! You don’t mind spending a minor fortune on an iPad or iPod to listen to your music, watch videos online, read a downloaded book. ALL these things are recreational, and I could extend this list forever and ever, but you know where I’m going with this, right?
Here’s the thing:
You DO mind spending money on that book itself. (I’m not going into the video or music thing; enough said about that.)
A book is a product. It’s not something that poured itself into the internet out of thin air. Someone spent a lot of time writing it. A LOT of time. Maybe like a year or so. Many, many hours of work, of developing and producing this object, the story.
Then that same somebody spent another, very long time on rewriting, editing and polishing it, slapping it into a presentable shape.
I’m not even talking of the many people at the publishing house involved in the production of a book, and about how many hours, weeks, months, they spend on it before it is ripe for publication.
Ok, let me ask you again.
Why are you prepared to spend money on the kindle or iPad, but NOT on the book you want to download and read?
Because, you know, authors and publishers, editors, proofreaders, sales managers, agents, graphic designers and I’m sure a lot more I haven’t thought of, they really like to eat too. And they really like to be able to pay their bills.
I don’t think the people at Apple would give you an iPad for free. Or the people who build the Kindle. They want to sell their stuff.
I want to sell mine too. So does my publisher.
So please, treat a book, no matter which format, with the same respect you would treat a Kindle. You wouldn’t need a Kindle if you didn’t have a book. Right?
Posted by Mariam Kobras at 6:06 PM 1 comment:

Ever since I found Eric G. Thompson and his painting "Echoing The Sea" ( which is the one on my book cover) I've been dancing around this idea of writing haikus for some of his other art. I've been posting them on and off on Facebook, but today I felt I had to start gathering them into a blog. This is the first post of some I want to do to celebrate Eric's talent. Do feel free to add your own haikus or thoughts in a comment! 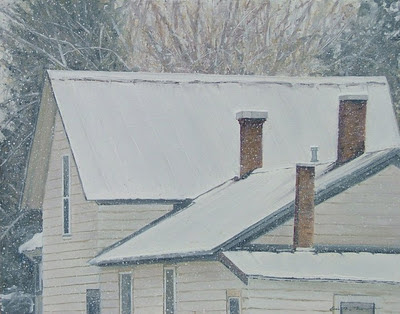 Silent, like the snow / you come to me and wrap me / into love's blanket. 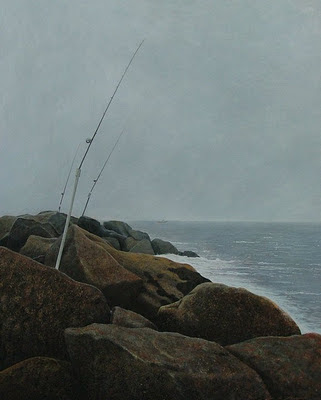 Grey sea and the wind / the cold breath of loneliness / under a gull's wings. 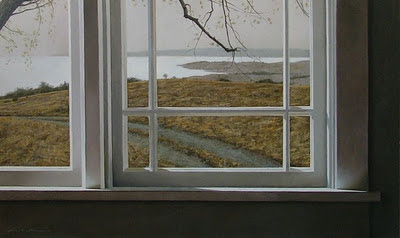 Where I live gulls fly / their cries an invitation / heralds of the sea. 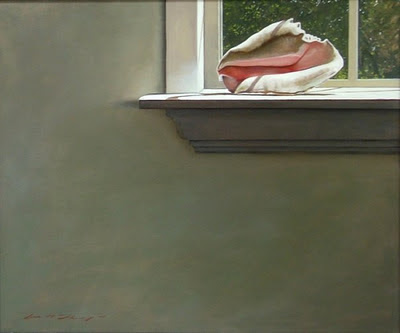 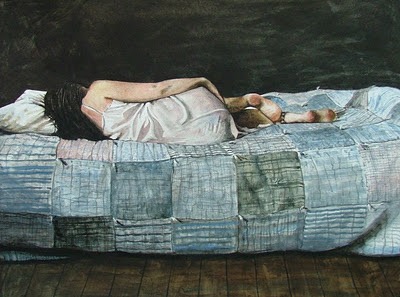 My bed, empty now / your fragrance on the pillow / I will dream you back.
.
Posted by Mariam Kobras at 1:14 PM 2 comments: 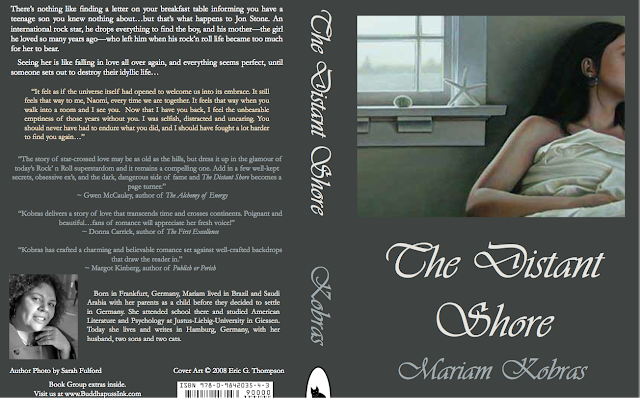 Sometimes, beautiful things just happen.
They happen when you least expect them to, and they can be small miracles.


You see here the cover of my novel "The Distant Shore", coming January 17, published by Buddhapuss Ink. It has the most amazing, the loveliest art on its cover. When I first saw this painting, when I clicked on it on the artist's site, it seemed to me as if the world stopped for a moment, and in that instant I heard a bell toll, felt the universe shift just a tiny bit and settle in the way it was meant to be.
I stared at this image, and I wondered if the artist, Eric G. Thompson, had been inside my head when I wrote "The Distant Shore", if he knew what I had written.
Because, if it were at all possible to pour thoughts onto canvas, this would have been it.


And this is where the miracle comes in.
Even though this painting is sold, even though it is an expensive, one-of-a-kind original piece of art, it will be on my book. Eric and the owner gave their consent. If they were within reach now, I'd kiss them, I'm that grateful.


I wanted this painting on my book cover with every fiber of my heart. I think I wanted this even more than getting my book published in the first place.
(If you remember, I wasn't at all ready to sign a book deal when the publisher found me. The book wasn't even finished. I made them WAIT for it. Yes, I know; big no-no. But no one told me that.)
Eric G.Thompson and his wife Hilary made this dream come true.
For that, for their kindness, and for understanding how much this means to me, I want to thank them.


Please visit Eric's website. Do what I like to do there: drown in the beauty of his art. Let it take you away. Admire it, and admire the artist who sees the world like he does.
I know I do.