Damocles - A Study in Humanity 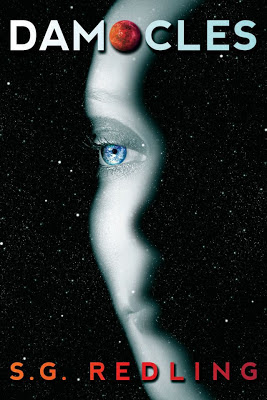 You know how you start reading a book,  at first you’re real slow, well-mannered and paced, and you remember to stop reading in time to make lunch or dinner, or go to bed? And then you get drawn in, and forget everything else, even making dinner for the family?
Well, that.
I missed my favorite TV show (CSI:Vegas) to finish Damocles, and when I did, my first thought was, “Oh no! Is she planning a sequel? I want a sequel! We never found out what that meant, with the kraken, and those Sea Gods! I want to know!”

Sheila Redling has written a compelling, gripping novel. In a way, it reminds me of Mary Doria Russell’s The Sparrow, which I also loved very much, but Sheila’s book is more human.

Damocles is the name of the spaceship that takes a small group of people to explore a far-off planet after receiving a message from The Set, who claim to have seeded Earth with life. The human explorers find an alien culture, and make first contact.

The thing I really like about this novel is the emphasis on language. There are no weapons, no intrigue, no violence. There are only two cultures trying to communicate, and get concepts, values, and ideas across to one another.
How do you explain night to someone who has never seen darkness?
How do you make someone from a world that never sleeps, understand that humans need sleep?
And how do you express that you trust someone when you don’t speak the same language?

Just like Russell’s The Sparrow, Damocles is about finding similarities and accepting differences, about making friends despite those differences, and finding that at the core, the same things count, regardless of culture: trust, love, friendship, honesty.

I love this book: I love its language, and its theme. And I really hope there will be a sequel.
Posted by Mariam Kobras at 6:18 PM No comments:

Fifty Shades – THIS is what you wanted to be!

You all know I'm normally not into erotica, and even less bondage, but this little novella is so well written that I think you should give it a try.
It's what Fifty Shades wanted to be.
Pireel's heroine Amelia is what that insipid kid Ana wished she was, and her hero, Raphael, is a million times sexier than that dolt Christian Grey.
So if you enjoy reading a tickling, hot, sexy story, go for this one! 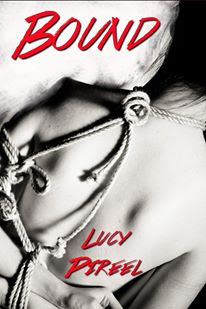 Posted by Mariam Kobras at 3:14 PM No comments:

One of my oldest and best twitter author friends, Clare Wilson, is launching her second book, and my blog is part of the release celebration! Today Clare tells us about her experiences as a traditionally and self-published author.

Congrats again, Clare! You've written another lovely book! How I wish I could be there for your launch party and get an autographed copy. Have a lot of fun! x
PS: And yes; you ARE an author! 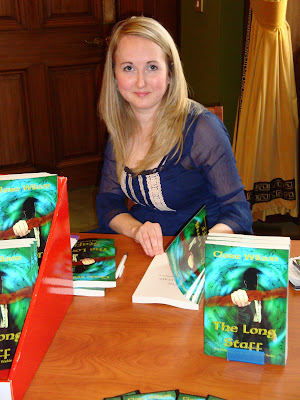 Between a Rockin' Ebook and a Hardback Copy

There have been countless articles written on the merits and disadvantages of self publishing versus traditional. One thing is for certain, the world of publishing is going through its biggest change since the rise of the affordable paperback, and we as writers all need to roll with the punches.

As a young writer (relatively speaking), I have never been a part of the old-school publishing world. Any writer will tell you, the people getting lottery win advances are few and far between. Much to my frustration, most of these people tend to be celebrities either writing about their boring lives, or fulfilling their hidden dreams to pen fiction. How much of it is directly written by such people is another hot topic for debate, but as mere artists, ours is not to reason why...

Anyway, I wanted to talk a little bit about where I find myself in this mystifying new universe of books. I am not a self-publishing evangelist, nor, as I have said, am I a die hard traditional publishing stalwart. I strangely lie somewhere in a murky grey area betwixt the two.

My first book The Long Staff was published by Olida Publishing in October 2010, and the second book in this series The Ancient Exile is being officially released as of the start of May 2013. Olida is one of the many up and coming indie publishing houses, which are pushing the big boys to sit up and take notice. In my case, they are responsible for the hard copies of my Staff Wielder Books, and do not have the e-book publishing rights. While I don't know how common this is, it has given me a rather unique learning opportunity. I am responsible for self-publishing my book online, while my publisher has produced a fabulous hard copy of each title and also provides me with the benefits therein.

Since my book was released in 2010, my relationship with my publisher has allowed me to gain access to such organisations as The Society of Authors. I have visited a good number of schools as a 'published' author, and this has allowed me to reach out to an audience that wouldn't be more complicated to reach from behind my laptop.

I have also had my book appear at such prestigious events as The Edinburgh Book Festival and the Bologna Book Fair. Finally, a highlight for me was getting to appear on the official programme at The Wigtown Book Festival in 2012.

Being affiliated to a publisher has also opened the doors to great organisations like The Scottish Book Trust, who have enabled me to perform at paid school events north or the border, something which greatly boosts a non-existent income.

The one area which still eludes me is the bookstore... While I have had some great support from that rare breed, the independent bookstore, chain stores like Waterstones are much harder to crack. I don't come from a large publishing house, so getting in the door is extremely difficult, even with my publisher.

Still, maybe as bookstores dwindle, this is something that doesn't matter to the same extent. There is a worldwide audience out there, and through the internet, no-one is unreachable any more, even if you need to be smart about where you look.

So, we come to my self-publishing experience. I find that I have learned a great deal, and also been given a great deal of freedom. The editions of the books which appear online are ones which I have been able to finally edit myself. Not only that, but I have control over the pricing of the books, and I can track sales figures at any time, rather than waiting for a statement from my publisher. I have been able to reach a great many new readers online through Twitter and Facebook, using my control over my ebook as a tremendous tool.

Using KDP with my first book, I have been able to achieve more than double the figures in downloads than I have in hard copy sales, even if a lot of these were when my book was on special offer.

So, in conclusion, where does this leave me? As I said, I am neither a self-published author, nor am I paid cash advances by a publisher with the clout to get me in shop windows or on TV book clubs. I am the little indie author who sits between the two worlds, belonging to neither, yet striving to succeed in both. I don't think traditional publishing is dead, but, like Professor X's new generation of humans, there are some super-smart writers out there, swimming upstream. They won't be ignored and they won't wait for an illusive deal with an agent or publisher.

Who am I? I write, therefore I am... I may not make a serious living yet, but I AM a writer.
Posted by Mariam Kobras at 9:30 AM No comments: