In A New York Kind Of Mind

My time in NY for this year is nearly over. As always, I'm sad to leave. This city is such a special place, and I'm so lucky, the friends I have here are such special people, too. It's always a great treat, being here.

What shall I tell you about New York City that you don't already know?
It's huge. But then again, not as huge as one would think. It's loud, but it has sweet, tranquil corners. It's dirty, but then you drive up Park Avenue and there are all the Niki de Saint Phalle statues set up in the middle of the road.
New York City speaks all the time. It whispers, hums, moans and sings. It howls if there's need for that, and it talks to itself in moments of boredom.
It's a great beast stretched out in the sun, the turtle of life,  patiently carrying the parasites of humanity and everything that comes with them on its back. It has forgotten most of itself over the centuries, but its still there, and it still breathes. 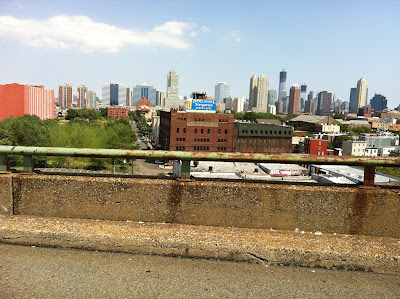 Men have tethered it to its place. They call these shackles "bridges" and "tunnels", but the beast knows better. It knows that only one shrug would free it and toss aside the small creatures that hustle around on its
shell of concrete. It lets them build new towers and expand into the sky. 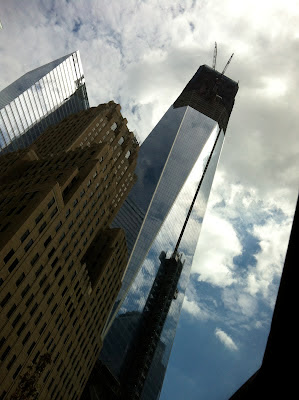 It lets them light up its night and disturb its sleep, and it lets them scurry and hurry across its back during the day. 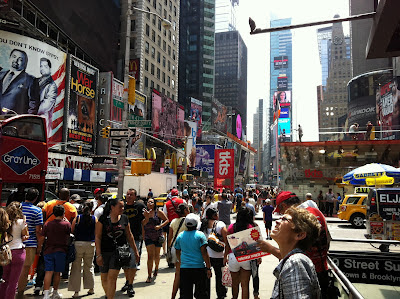 It feeds them, and it breeds them. They are the beast's pets. They are its children, and it lets them play in its lap, and even bring their friends. 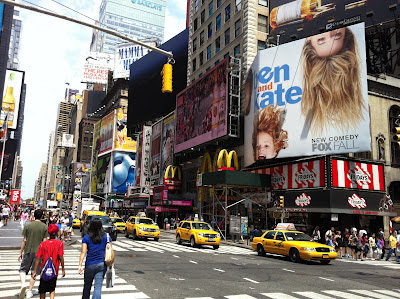 I'm imagining it watching me leave with sad eyes, eyes as large as little moons, humming at me to return some day, to not forget it completely.
As if I ever could. As if I ever would.
I'm taking the words hidden in that hum with me, the ones that say, "You haven't seen all. There are many secrets left. Come back to me, and I will show you."

And, leaving, I promise: I will be back. 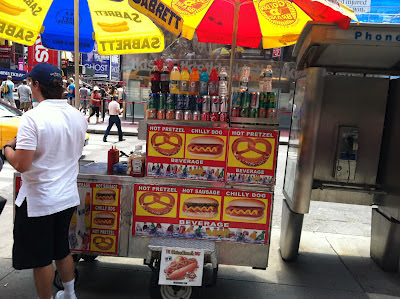