you were a good year.
You were also a long and often boring year, but that's okay. I missed traveling, that's why you seemed to drag a bit. But the good things far outweigh a few days of boredom. Really.

Let's see.
You started out as always, with a nice party and lots of champagne, and with disappointingly mild weather, when we all wanted snow for Christmas and NYE. You heard us ask for that, and you brought us the coldest spring in history, only you forgot the snow. I'm telling you, icy cold without snow just isn't fun!
The one thing that made your tantrums bearable – except hot chocolate and heating – was this: 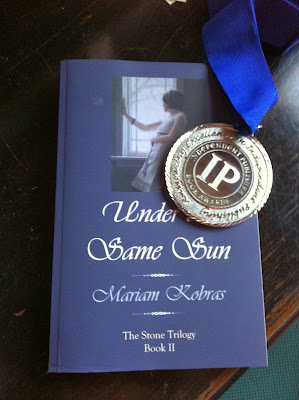 My second book won the Silver Independent Publishers Award.
I'll not lie. It was totally unexpected. Under the Same Sun was my second book, and I felt totally insecure about it. My first book, Distant Shore, had been ripped out of my hands by my publisher before it was even properly finished; I'd written it for myself, and never thought of publishing, and there I was, in May 2013, with two published books, and both of them with awards.
Unreal.

In July, my third book was released by my publisher Buddhapuss Ink.
In a moment of quirkiness I'd asked them if the launch day could be my birthday, and they readily agreed. So that's what happened: we had double reason to celebrate! 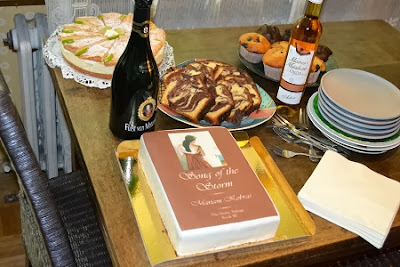 My mom made that marble cake. The cream cake is a caipirinha cake, made by my daughter-in-law.
And yes, that's a theme cake, with my book cover on it! For those who want to know: there was chocolate cream cake under the marzipan.

I took a huge risk writing Song of the Storm. My publisher wasn't very happy when I first told them that I was going to write about 9/11, but once the book was written and the good reviews started rolling in they breathed a breath of relief, and I knew I'd done the right thing.
Readers posted pics of themselves, reading Song of the Storm: 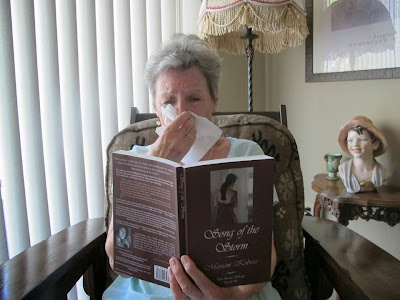 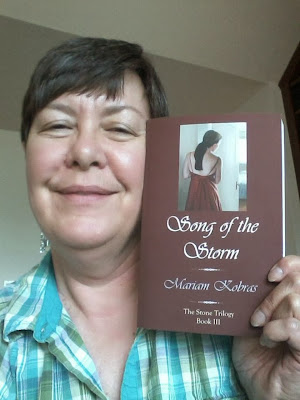 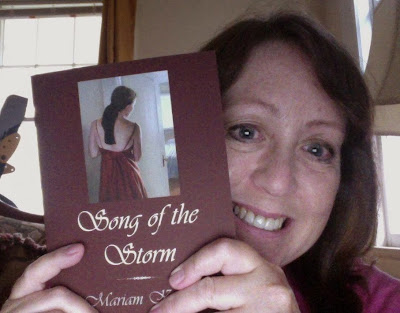 and this is how my copies arrived: with the IPPY certificate, and the medal for Under the Same Sun as an extra-bonus! 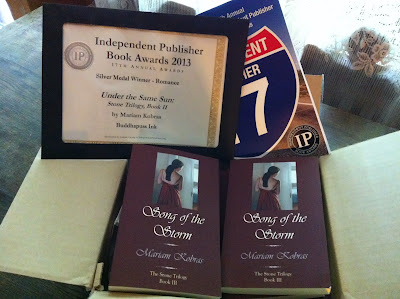 And the coolest EVER for a writer is to see their books at the bookstore! 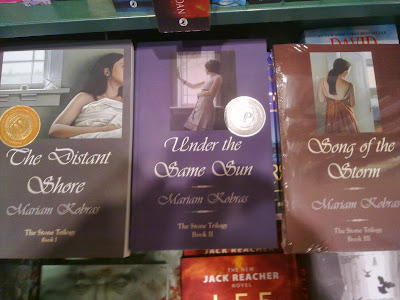 While all this went down, I wrote two new books.
They're prequels to the Stone Trilogy, and they'll be released next year.

No, wait. THIS year! It's 2014, and that makes THIS year the year these two will be published: 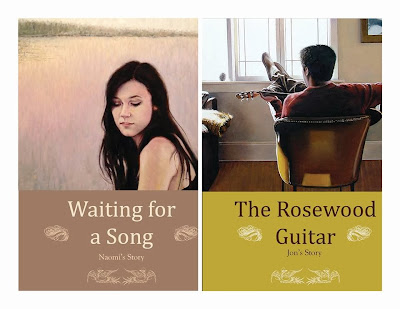 So all in all, you were a very good year, 2013.
I have a lot to be thankful for: my family is healthy and doing well, we live in a country where it's peaceful and we don't have to worry about bombs, persecution, hunger or repression.
I have wonderful friends, both near and far, and some of those far away I'll be seeing again this year.

This is what I wish for all my friends and family for the new year:
stay safe, stay healthy, have a lot of fun! Thank you for being in this world!

Posted by Mariam Kobras at 4:07 PM